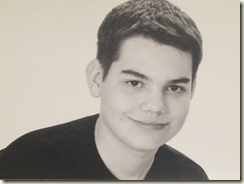 Today marks the END of his middle school years!  If you know anything about this boys story, you know it is riddled with adversity and challenges that the average child doesn’t have to struggle with.

The verse he chose for this year was “I can do all things through Christ who strengthens me” Philippians 4:13.  I know it came from the secret place inside him that knows that he knows, that His God will bring him through.  His God is his stronghold and he knows Him.

Here is his picture at the beginning of his journey through middle school. 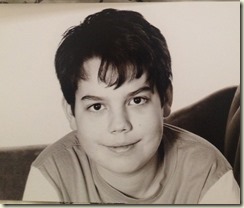 What a difference a couple of year makes, right!!

I am so proud of his accomplishments and his perseverance through the hard times.  My son is not an honor roll student, or head of his class.  He won’t be winning any academic awards today but he wins the highest award in my book because he finished.

There were many times early on, represented in the picture above where he was ready to give up.  Not just on school but on life.  His threshold to manage the changes in his life and the adversity that was uncovered as he sorted through some things, were to much for him to carry and he was ready to just be done with it all.  But God….had other plans.

For you created him in his inmost being; you knit him together in his mothers womb.  He will praise you because he is fearfully and wonderfully made (psalm 139:13-14 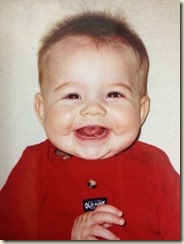 You can tell by this picture that he was going to be something great.  He was created for good works.  His teacher knows best that this twinkle in his eye and smile on his face would turn into a little creature that can’t keep his mouth silent and must be heard.  This boy is full of justice and wants things to be fair.  He knows what he wants and isn’t afraid to speak it out.  He is determined when he wants to be and there is something about his laugh that makes you want to laugh with him.

As I’ve watched him grow, 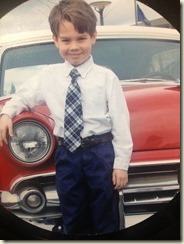 I’ve been worried for him.  I’ve been concerned that he might not make the connections he needs to make, I’ve wondered how this little boy will turn into a strong man.  At age 14.9, I still wonder how this teen will turn into a functioning adult that contributes positively to our society.  Its still early but I have a feeling he will do GREAT things.

As we leave this thing called middle school and enter the daunting High School I spur you on with these words, my son:

For God knows the plans he has for you, they are plans to prosper you and not to harm you (even though it looks like it sometimes), God plans to give you a hope and a future.  When you call on Him and come and pray to Him, He will listen.  He is your strength and it is true you can do ALL things through Christ that strengthens you! 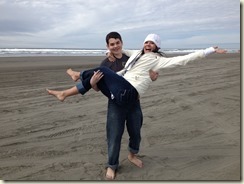 What do you say... Cancel reply

Daughter of the King Mother of two spiritual champions and Grandma to the sweetest little boy. Determined to know God intimately. Married to Mr. Paul, the man who made my someday come true.

Posts from long ago…

Daughter of the King Mother of two spiritual champions Determined to know God intimately. Married to Mr. Paul, the man who made my someday come true.

Click here to view the other blog reviews on INTERRUPTED BY JEN HATMAKER...